Website of Jason B. Sizemore — Publisher, Editor, and Author

REVIEW: The Frame by Jamin Winans 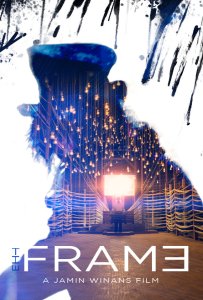 The best filmmakers have the ability to draw you into a world visually, intellectually, and emotionally. They know how to surprise the viewer. Christopher Nolan. Stanley Kubrick. Alfred Hitchcock. Paul Thomas Anderson. The Coen Brothers.

There’s another director who is tipping dangerously close to that pantheon of movie creators. That fellow is Jamin Winans.

Winans, an independent filmmaker who works outside the Hollywood machine, jumped on the scene with the surreal fantasy INK (which happens to be one of my favorite movies). He showed a remarkable ability to do so much with so little. There are few villains that are as memorable as the glasses-wearing Incubus monsters. There are few heroes as memorable as John (played brilliantly by Christopher Soren Kelly). The film includes some of the best fight choreography I’ve seen. Not bad for a director’s second film!

INK came out in 2009, so it has been a looooooong wait for Winan’s follow-up, THE FRAME. A lot of secrecy was involved with the production of the movie with good reason. While there’s no big plot twist or reveal, going into THE FRAME without any spoilers will make the experience infinitely better. Because of the lack of information and an artistically shot trailer that gives away few details, the lengthy time between films was frustrating for this fan!

What about the movie? It’s the story of Alex (David Carranza), a cargo thief, and Sam (Tiffany Mualem), a paramedic. They do not know each other, but their lives intertwine in a magical and tragic way. Christopher Soren Kelly returns and plays three key roles in the film (the guy is a chameleon it seems) that help tie it all together. The final 20 minutes of the film are heartbreaking and will have you wondering how the heck Jamin Winans (and his wife Kiowa Winans who produced the movie) made THE FRAME for a meager $350,000.

Like INK, THE FRAME is bound firmly in surreal fantasy elements. The imagery is striking, and the acting from Carranza and Mualem is top-notch. Winans has a lot to say about the concept of free will, how our past affects our future, and the nature of reality. It’s a philosophical film that rewards multiple viewings.

And, finally, like INK, Jamin Winans composed the soundtrack. And it is fantastic.

BUY THE BLU-RAY/DVD HERE (Let’s help fund that next movie!)

One response to “REVIEW: The Frame by Jamin Winans”