Website of Jason B. Sizemore — Publisher, Editor, and Author 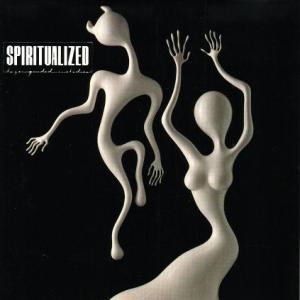 Days of youth and splendor.

However you prefer to title such times of carefree living and freedom, that’s what most of the 90s were for me. My favorite years of high school were my junior and senior years (1991 and 1992). College was 1992-1996. I had a cushy, high-paying job right out of college at IBM. I was married in 1997, meaning 1997-1999 were those wonderful honeymoon years.

Like any old fart, I find myself turning to the music of my favorite period of life. Maybe I have a biased view (and maybe the answer to that is “duh”), but this is the decade that gave us Nirvana, Pearl Jam, Soundgarden, Alice in Chains… and that’s just from one city! Outside the grunge arena, the decade gave us Metallica, Snoop Dogg, Eminem (1999!), Portishead, Radiohead, and on and on… obviously there are dozens and dozens more important musicians that sprouted to life, but I’m not being paid per word writing this post, so I’ll not list them all.

Back in my college days, there was this awesome music shop within walking distance of campus. My friends and I went there at least once a month. Being broke college kids, we didn’t often buy new CDs (though we loved buying expensive rare exports and bootlegs). Instead, we ventured through the bargain bins of music the store sold for 25 cents per CD. Most of the stuff I bought was pretty shitty. What do you expect for a quarter? But every once in awhile, I found gold in them there bins.

One such piece of gold was the SPIRITUALIZED album Lazer Guided Melodies.

I’m not sure why I decided to chuck a quarter for the CD. The cover art isn’t special. In fact, it kind of reminds me of two sperm dancing or gyrating. I’d never heard of the band before, and they weren’t getting any MTV play that I remember. So, let’s call it serendipity.

SPIRITUALIZED practices the mysterious art of trance rock. Slow, melodic, electronic (and often lengthy) pieces of music. I was entranced right from the first track.

Things just kept getting catchier and better, a pulsating, almost alarming rhythm, with a pause in the middle that gives the song a second dose of momentum.

Then they speed things up with a song that has a 70s-like forward pushing melody mixed with early 90s U2.

Some amazing lyrics and electronica…

The song from the album that sounds the most “90s” to me, a prime example of trance rock from the era.

Finally, the trippy 100 Bars. Count down the bars with them.

Spiritualized have had a number of singles that received air play even on the terrible Lexington rock stations. Sadly, I’ve never gotten around to buying any other albums or records by them. Just this one, for a quarter.

I think I’ll go on iTunes tonight and buy an album proper. I’ve certainly gotten half a lifetime of enjoyment from their music.